An Insider’s Guide to Telluride, Colorado 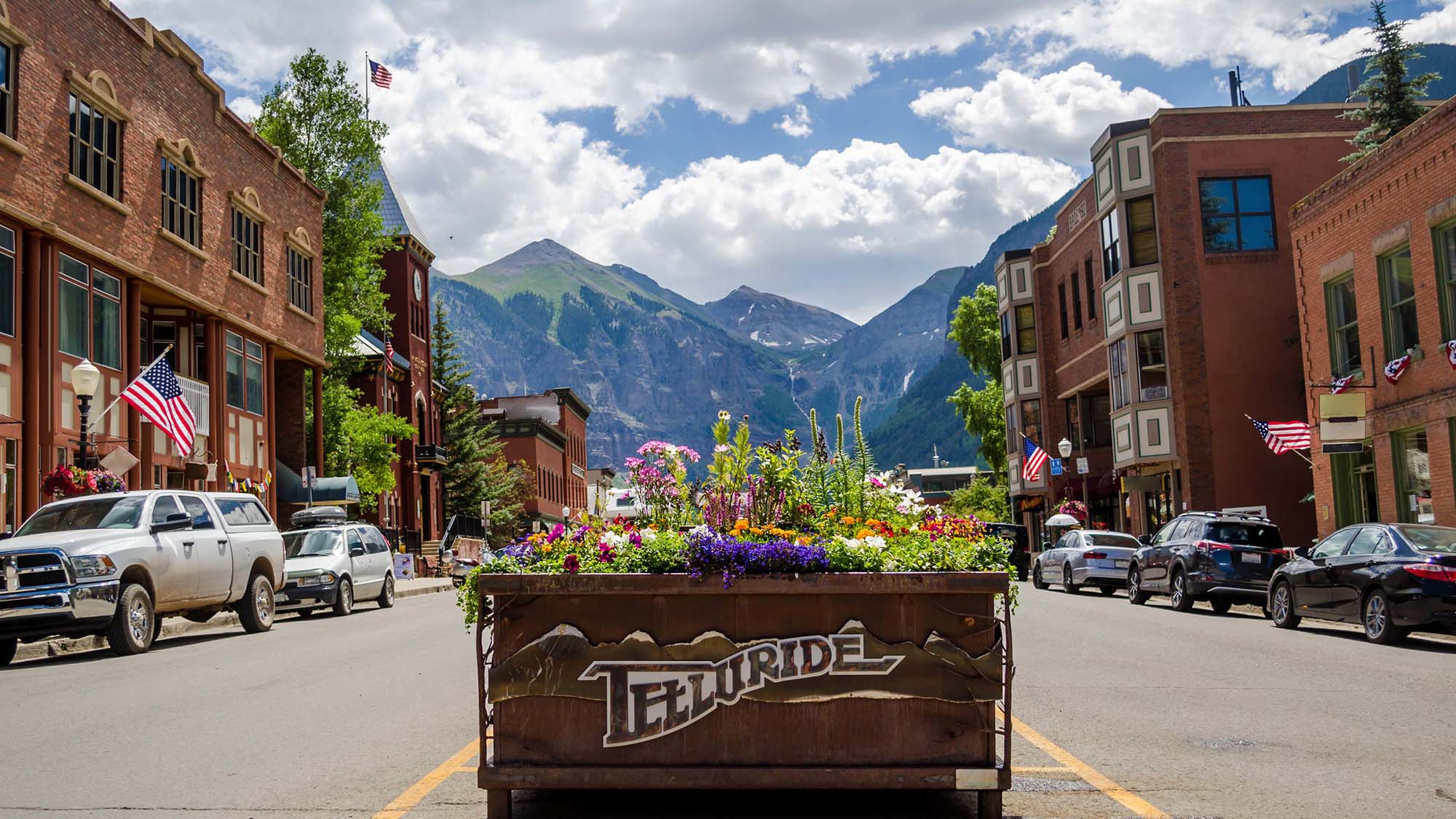 Tucked away in southwestern Colorado, Telluride embodies the rugged spirit of the Old West as an old Victorian mining town—with a 21st-century makeover as an internationally renowned ski destination that attracts both luxury travelers as well as adrenaline junkies. Its scenic historic district sits at the back of a box canyon, surrounded by the 13- and 14,000-foot jagged San Juan Mountains and the steep slopes of Telluride Ski Resort. It’s here that infamous outlaw Butch Cassidy robbed his first bank in 1889. It’s also here that superstars like Oprah Winfrey and Jerry Seinfeld own mid-mountain estates.

Since 1972, Telluride Ski Resort has beckoned outdoor lovers, who hike and mountain bike in the summer and perfect their turns in the winter across 120 runs. The mountain is known as a more challenging resort than some of its Colorado counterparts, with 77% of the trails rated as intermediate or advanced/expert.

After you’ve had your fill of outdoor recreation, it’s time for aprés: head to Allred’s for an Old-Fashioned, Telluride Distilling to taste their award-winning Peppermint Schnapps, or Telluride Brewing Company to kick back with a frothy pint. You won’t go hungry, either, thanks to an eclectic mix of incredible restaurants offering everything from tapas-style small plates at There Bar to Thai-inspired cuisine at Siam-Telluride. Chop House Restaurant at New Sheridan is an institution, a classic steakhouse with western game on the menu like aged bison.

And, if you went to explore a bit further, check out the Million Dollar Highway—the scenic byway connects Telluride to the former mining boomtowns of Silverton and Ouray. Telluride is also just a 90-minute drive from Mesa Verde National Park, home to the carefully preserved cliff dwellings of the Ancestral Pueblo people.

Each season in Telluride has charms of its own. Summer brings outdoor concerts like the iconic Telluride Bluegrass Festival, plus epic alpine hikes amid wildflower-sprinkled meadows, whitewater rafting, mountain biking, and rock climbing. Fall attracts the leaf-peepers who come for the spectacular aspen foliage and stay for the popular Telluride Film Festival and Blues & Brews. And winter in Telluride is pure magic, with Telluride Ski Resort welcoming skiers and snowboarders from all over the world to enjoy its challenging terrain.

The only time Telluride shuts down is the so-called mud season—the brief four- to six-week window in mid-April to late May between the end of ski season and the blissful thaw-out of summer.

For a long time, it was a bit of a pain to get to Telluride, located about 360 miles southwest of Denver. But then in the late 1980s, Montrose Regional Airport (MTJ) was built. Located just 70 miles from Telluride, it’s serviced by American, JetBlue, Southwest, and United.

Plenty of people still make the roughly 6.5-hour drive, but there’s another, even simpler option: catch a one-hour commercial flight from DEN into Telluride Airport (TEX), and you’ll be just five miles from the ski slopes.

Kristin Lauro and her family have been vacationing on Kiawah Island since her children were toddlers. “My youngest son was a wild man… he loved to run and play with absolutely everyone, now he’s 26 years old.” Lauro explained. Unlike the beaches her family frequented in the Northeast, the first time they went to Kiawah, “my boys could roam up and down the beach, and I could read a book and still see they were safe. Kiawah is such a safe place for families with children that moms get a vacation, too!”

Spotlight on the Dominican Republic, a Member-Favorite Destination

The Dominican Republic is one of the most popular destinations in the Inspirato Collection—and for good reason thanks to its white-sand beaches, world-class golf courses, and stunning five-star resorts, not to mention our portfolio of incredible oceanfront homes.

The area situated between Cabo San Lucas and its bohemian sister city San Jose del Cabo is collectively referred to as Los Cabos. Known for its laid-back luxury, this special place where the desert meets the sea is a vacationer’s dream.

We scoured the web and spoke with the experts to determine three of the biggest emerging trends in luxury real estate.

Next
back to the blog

Ready to take the first step?

Discover how easy luxury vacation
homeownership can be.